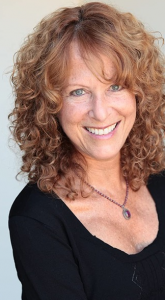 Cass Warner – Cass had the good fortune of experiencing her first 6 years of school at a progressive school that was part of the University of California in Los Angeles. She thrived. This different method of learning was very experimental at the time, and caused a tremendously positive effect on her.

Realizing how fortunate she was to have been exposed to something other than a traditional public school-type of setting, Cass continued to research and observe what was happening around her in the field of education.

In 1971, Cass started a central clearing house called The New Schools Exchange.  Innovative systems of teaching were beginning to be explored and implemented in the United States.

Being the mother of four children, it was a top priority for her to observe exactly what system of learning kept each of her own children on their personal path of interest.  Each child was and is different.  Their purpose for learning was key.

While writing her book, THE BROTHERS WARNER, on her family, she discovered that her grandfather, Harry Warner, the President of the Warner Bros. studio, also had a strong belief in the power of entertainment.  The Warner brothers’ motto in the beginning, today, and into the future is “to educate, entertain and enlighten” audiences around the globe.  Early on, he foresaw that film would have a key place in schools and in teaching.

Cass was also inspired by the fact that her family had a philosophy of life that treated every challenge as an incentive to figure out the next step to realize their huge dream and goal.  The odds were against them, but they never quit!

Fascinated by theirs and others’ successful actions, she decided in 2006 to start collecting stories of how those she admired accomplished what they did and were doing to assist in inspiring and encouraging others to make their dreams a reality.  The Dream Factory Project, Inc. was born.